A Potpourri of Living Words 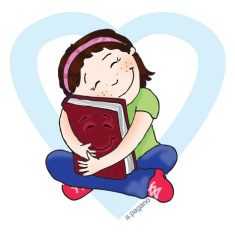 Today’s writing will consist of some of God’s words given to me this past year and ones of other brethren that I hope will inspire and bless you as they did me.

I heard the words “schooled in indifference” which I was shown has to do with being indifferent to the five senses and especially to injuries.  In The Lost Books of the Bible, Visions II: 23, it is written: “For the remembrance of evils works death, but the forgetting of them life eternal.” Neville Johnson’s word is one I am taking very much to heart: “When you cease to hurt each other with your words and thoughts, you will enter into the River of Love.”

A word given to Mitt Jeffords gives such sobering truth. He asked the Lord: “What did you come to save me from?” The Lord answered saying: “Your own judgments, for you are going to be judged with the judgment you used to judge others with. … Love does not judge. Hate lusts to judge.”.

How my heart was pricked when I listened to a video of a martyr of China telling Nancy Cohen: “Do not pray that the persecution of Christians be stopped!” He adjured that apathy is the worst thing that can happen to Christians. Do we believe this? We have only to look at the persecuted church in China, so alive doing great works of God. Oh, to be like our brave, faithful brothers and sisters there, for even their children are raising the dead.

On one day several months ago, the following words were given to me one after the other: The first one was “sterling silver” and it’s etymology is “having a fixed standard of purity… capable of standing a test.” Truly, this is what God is after and is working in us.

The word “credence” came after that and one of its meanings is “the table that holds the bread and wine.” Wow! What a word!: Our “credibility” comes by having and becoming his flesh and blood to give to a dying world.

Next came “vicissitude” which is “the quality of being changeable.” If we are going to go from glory to glory, we must be more than willing to change: By the grace of God, we must change.

On another day, I heard the word: “a guarded heart” and sometime after that, the word: “a bride attending to her words” came. Oh, that we may always give attendance to God’s words and our own as well. .

Did you know that the etymology of “sequence” is a “Hymn sung after the Hallelujah and before the gospel” … from “answering verses”? Hmmmm! Interesting tidbit, eh?

Last week the words “perfect man” blared out in the middle of the night and a little later, “prize bull” came.

It was not by chance that after I asked the Lord to give me understanding concerning the prize bull, that a little booklet by Charles W. Weller called “The Burnt Offering” was brought to my attention. In it he wrote that “it is time to come forth as the burnt offering, one offered up for the sake of the world. This is the next step in the progression of life past the three feasts”…. He brought out that we are amiss in thinking that the spiritual fulfillment of the Feast of Tabernacles is the ultimate in our lives. It is not! The ultimate is laying down one’s life for others, becoming a living sacrifice as a burnt offering, even a prize bull. THAT’S the “perfect man”!

It is my prayer now, that you and I and those who have purposed to go on into perfection will soon be hearing the host of heaven shouting: “BULLY, BULLY FOR YOU!!”

A lame horse getting healed

Run with the horses