A lame horse getting healed

Run with the horses 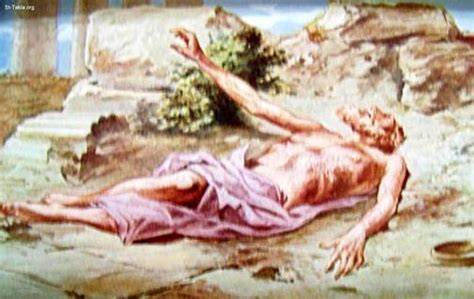 A tattered black mantle that had compacted clouds between its lining and its outer layer floated down from heaven. The word “Suffering” in gold letters was imprinted on it and being that no one on earth wanted it, the mantle fell to the ground. There were those who tread on it thinking it was an old rag that their dirty shoes had a right to walk on.

The gold letters had a compelling power in them to draw the one intended to wear the mantle… Three days went by and that one still hadn’t come, so a dove called “Watch and Pray” was sent to the child ordained to wear it. The reason the mantle had to fall to the ground before it could be worn was that first, a fall had to come for the wearer of it and three days of fasting and prayer had to take place for his heart to be prepared.

Truly nobody wants to suffer… Nobody will embrace it willingly until its value is known. And so it came to pass that a great fall happened in the life of a little one called “Trepidation”… a fall that took place in his heart and in his mind… Truly, unless a grain of wheat falls to the ground, it abides alone and can not bear fruit…. and only those who tremble at God’s word will be willing to lay down their lives. However, being willing is not enough in itself which is why the dove “Watch and Pray” was sent to “Trepidation” who would be renamed “Bold” after he wore the mantle.

“Trepidation” received the dove readily and through “Watch and Pray”’s help, he did what was required of him and then was led to the exact spot where the mantle lay. His eyes were veiled from seeing the tattered state of the mantle because he had armed himself with the same mind of Christ… “Trepidation” looked not at appearances and therefore, the gold letters drew him to behold the inner substance of the veil. When he he saw the compacted clouds, he knew by revelation that upon wearing the mantle the secrets of the universe… the secrets of the witnesses… the secrets of God would be made known to him. Who could know but the earnest ones… the ones who loved God… the ones who trembled at his Word, that suffering could bring such riches with it?

Do you know this? Will you become like a little child and become ready to embark into the greatest destiny of all?… even the putting on immortality? Will you wear this glorious tattered mantle which no earthbound people desire?

“Who can write the Psalms of the Lord, or who read them?

Or who can train his soul for life, that his soul may be saved,

Or who can rest on the “Most High”, so that with his mouth he may speak?

Who is able to interpret the wonders of the Lord? For he who could interpret would be dissolved and would become that which is interpreted.” (Odes of Solomon 26: 8- 12)

The time has come for all who are “the called” to put on the mantle of suffering knowing the joy set before them… knowing that “he who has suffered in the flesh has ceased from sin.” It is only through much tribulation (suffering) that we will enter the kingdom of God and that we will reign. How many will treasure suffering? How many will work out the salvation of their souls through fear and trembling?

This day the Lord is asking each one of us: “Will you embrace suffering and deem it not only a privilege to suffer, but the golden key to put on immortality?” He is coming to manifest Himself in the ones wearing tattered mantles that have the power to transform them. He’s coming to be revealed in His saints.

Will you be one of them??

Thank you for subscribing to our newsletter!

Something went wrong there, try again.